If you can think of something sexually hot or wacky among consenting adults over the age 18, it likely has occurred at Hedonism II, that very adult resort in Jamaica. Officially, the resort does not condone or encourage open sexual action in pubic (I mean public), but the daytime sex outdoors that occurs is seldom discreet.

Granted, few people want to eat their cheeseburger off the same table where someone just performed oral sex to completion. Even perverts have ideas on what’s over the line at Hedonism II (nicknamed Hedo). And open sex is illegal in Jamaica if it can be seen from the water’s edge, but this author has never heard of anyone’s arrest in 35 years’ worth of visits.

Guests are divided on their desire for discretion. Some say the freedom of Hedo includes having sex openly; others are bored by seeing the energizer-bunny couple at it yet again or a woman giving head to a man in the rhythm of the reggae beat playing at the nude pool while he reads a book.

“Hedo is one of the few places in the world that someone can get away with acting on fantasies, whether spontaneous or well thought out, while avoiding the long arm of the do-gooders who feel they should decide everyone’s morality levels,” says Steve from Knoxville, Tenn.

Here are some fun true tales — and one false tale — of what really goes on at Hedonism II. Can you find the false one? Answer at the end.

The gentleman pulls his baseball cap lower over his face and says, “Oh, boy.” Neither woman has been intimate with him before. Other friends join the three for lunch, slowly realizing what is occurring under the table. The gentleman’s hands on the table begin to shake. The brunette tells the redhead that it’s too dry, so, in her classy inimitable way, the redhead spits on it.

Friends join them and they eat their sandwiches. One woman says, “He’s going to come.” A man replies, “Just don’t hit my lunch with it.”

The brunette asks a woman at the table for a plate of mayonnaise from the nude beach grill for lubricant. The people at the table, sitting boy-girl, pass the plate of lubricating condiment for the hands of all the women at the table. Above the table all seems normal to those walking up to chat. To those lying on nearby beach loungers, however, a six-cylinder engine has been created.

The next morning she learned he had hit the beach early with his version of what happened (gossip spreads fast at Hedo). His story (without her name) as told to Doc from Buffalo (a 170-time plus repeater): Some woman from another culture asked him to perform unhygienic activities. So Doc officially had named the woman’s girl parts “The Calamity Poom-poom.” She just giggled, ’fessed up, and enjoyed the moniker.

Sue from Chicago tells another groping tale: On our first trip to Hedo, we were in the hot tub; my husband, Ron, was sitting and I was kneeling and facing him. In between fondling, kissing, and cuddling, I felt him tickle my butt with his toes so I started to massage his leg for the next 10 minutes or so. Gazing into his eyes, I began to massage his leg all the way down to his toes, where I felt a Band-Aid. I said, “I didn’t know you hurt your foot.” He replied, “I didn’t.” Confused, I asked, “How come you’ve got this Band-Aid on your foot?” He said, “I don’t.” I looked at the man sitting next to him…with his arm around his lady…and a big fat smile on his face.


The false tale? The lights-out one — three women were not impregnated. 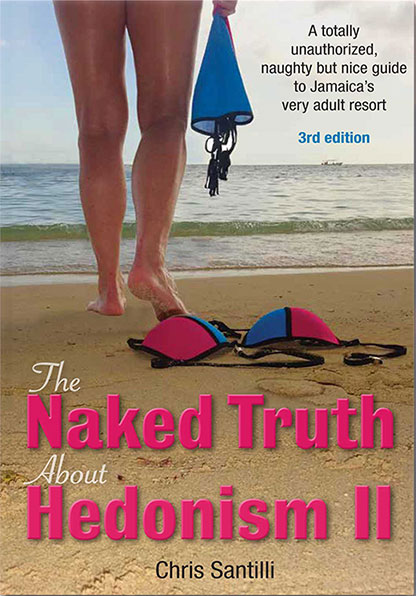 This article, protected by copyright, is an edited excerpt from the 3rd edition update for 2019 of the travel/humor book, The Naked Truth About Hedonism II. (Available in B/W, color, Kindle, ePub, and audiobook.) For more information, see chrissantilli.com. 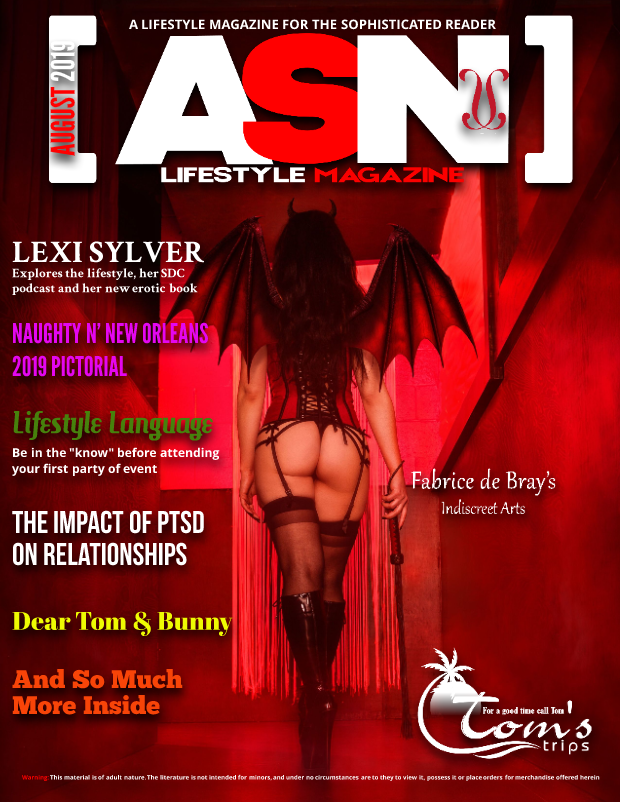 This excerpt originally appeared in the August 2019 issue of ASN Lifestyle Magazine.