Disclaimer: I received samples of the products mentioned hereafter to review for SDC.com. I was not directly compensated for this review... except, of course, for the great sex!

My husband Brett and I have a decent-sized variety of sex toys in our little chest of goodies. I was especially excited to receive the award-winning Tenuto from MysteryVibe. I figured it seemed to be designed more so for his pleasure as opposed to mine… or so I thought!

I’d heard about MysteryVibe before because they’ve been featured in Rolling Stone Magazine, Men’s Health, Women’s Health, and other publications. Plus, MysteryVibe and their Tenuto toy have also won a bunch of awards over the last few years. So we were looking forward to putting our new toy to the test!

We had so much fun with the Tenuto that we decided to review this toy together. Here’s our personal experience experimenting with this innovative gadget.

What exactly is The Tenuto, anyway? 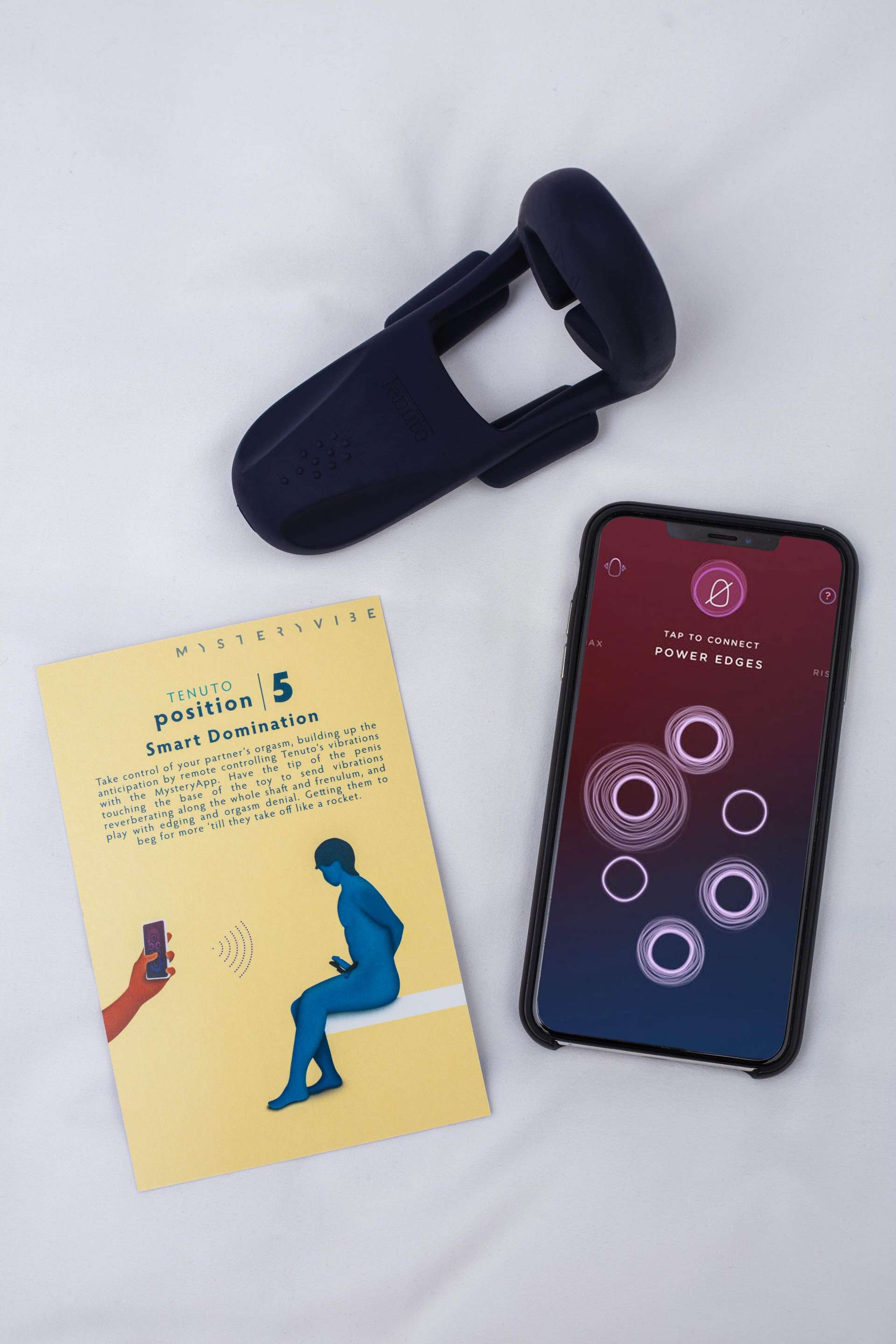 Lily:
The Tenuto is designed with an app, which we used to allow me to be in control as he wore the toy. (And that worked out ecstatically well for me when I was on top!) While the Tenuto works well without the app, I felt that being able to control the device definitely added to both of our excitement. The app comes with preset vibration patterns and the option to create your own, so we got creative! The Tenuto’s six motors are all adjustable to multiple vibration patterns, so we had a wide variety of options to explore varying waves of pleasure.

Lily:
After charging the Tenuto (which is conveniently USB-rechargeable, so it doesn’t need batteries), we downloaded the app and followed the easy 2- step instructions for connecting the app to the toy.

Brett:
Along with the Tenuto, we received the Tenuto Playcards that helped us begin our exploration. The playcards illustrated 16 positions for solo and couples play and included a few creative options that ignited our imagination.

The Tenuto itself was soft and flexible. It was comfortable to put on and stayed on without moving around much, even while we switched positions.

Our Favorite Sex Positions We Tried With Tenuto 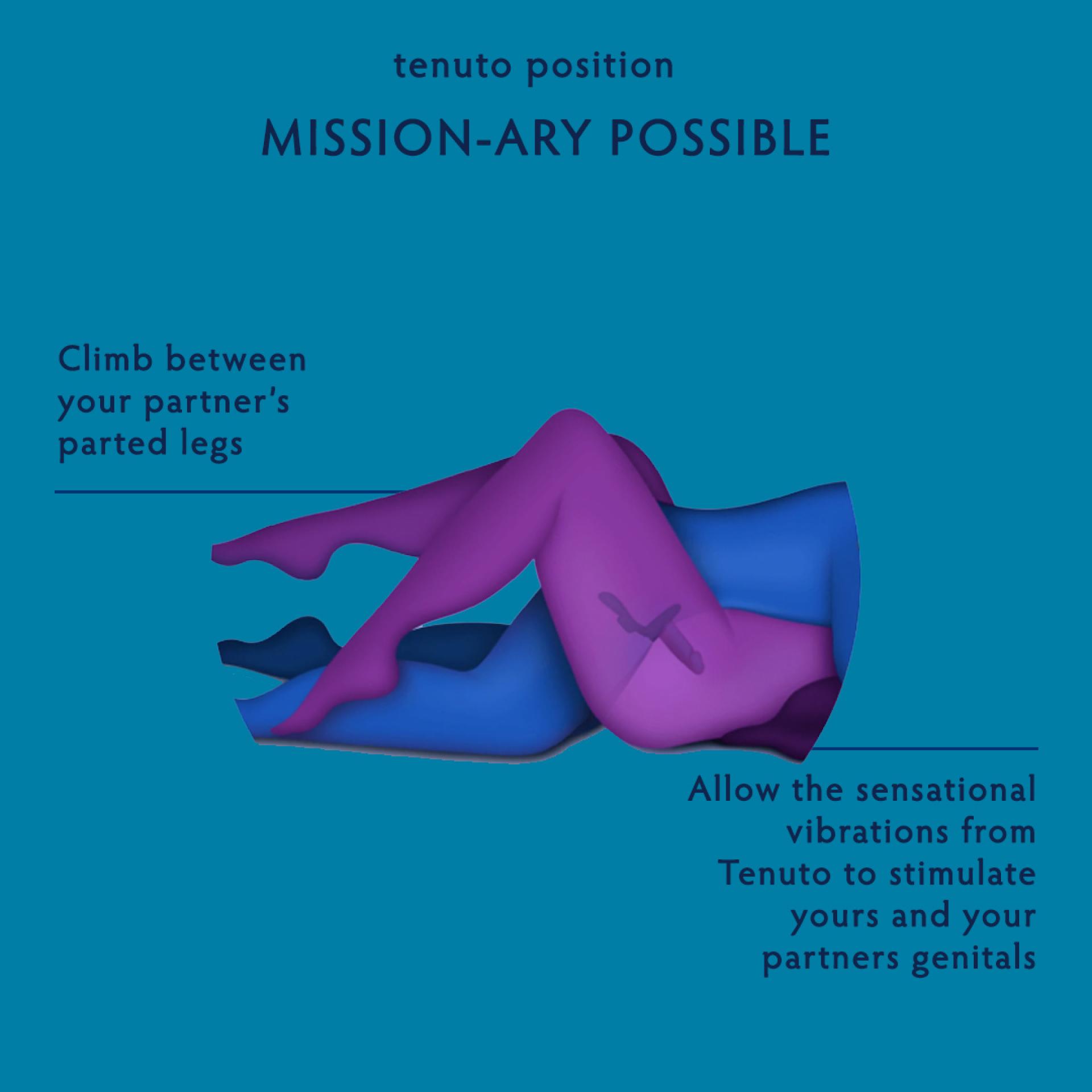 We tested out some of these moves, which were included in MysteryVibe’s Tenuto Playcards:

1. Smart Domination: Using the app, Lily controlled the Tenuto and played with the different settings while I tried to control my orgasm.

2. Pump It Up: Lily picked a vibration pattern and let the Tenuto rest on my perineum and balls while stroking my penis. This is perfect for those who are fans of edging play.

3. Rocket Man: What it sounds like. Lily turned the vibe all the way up, and I blasted off!

4. Mission-ary Possible: I took control as Lily laid back to let me thrust into her at my own pace. This position connected with both of our pleasure zones and made missionary even more exciting than ever.

5. The Succumbing: Much like the Smart Domination position, but for this one, Lily tied me up and took full control of my pleasure. 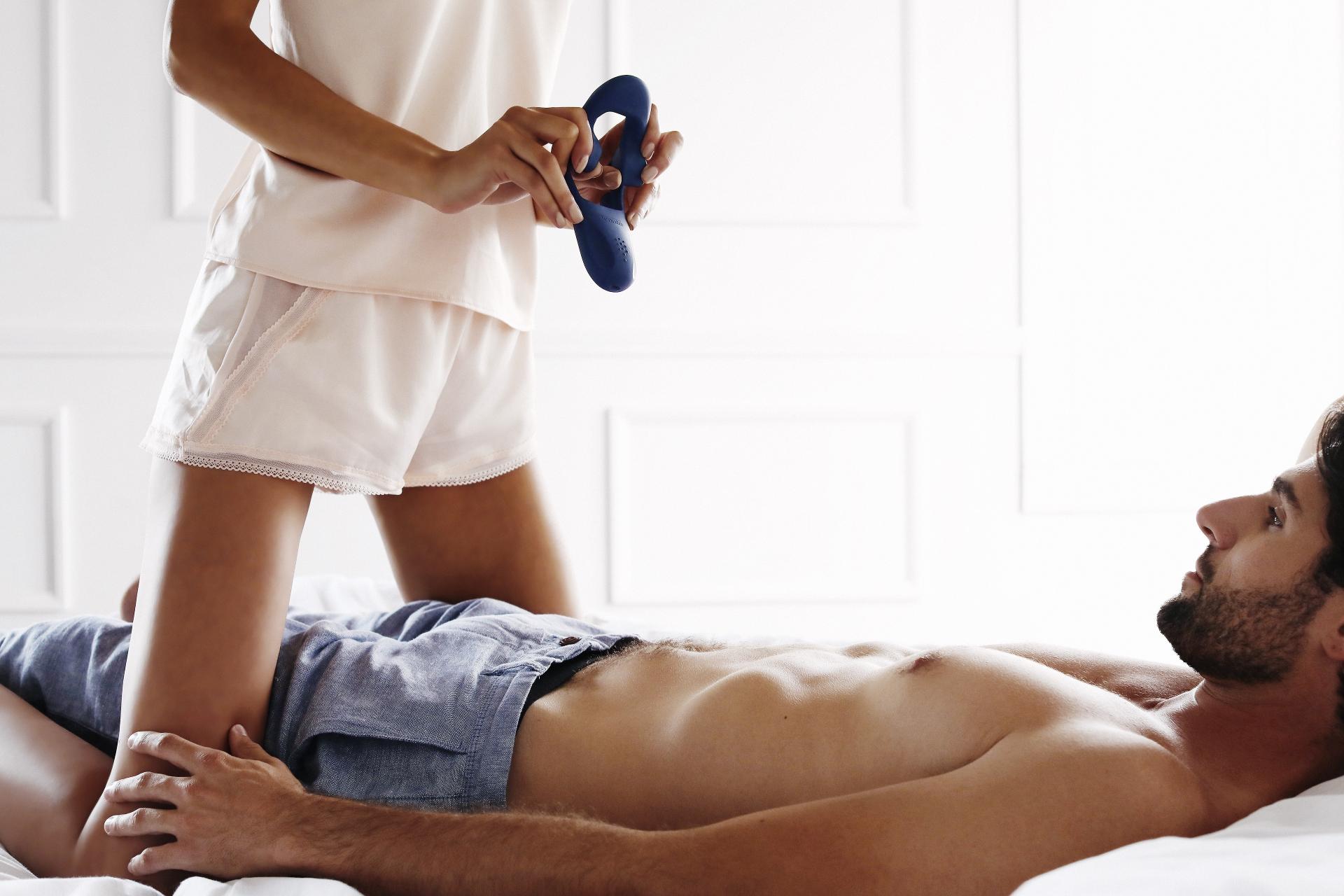 Lily:
My favorite part of playing with the Tenuto was exploring the different vibes and watching him play solo. Using the Tenuto allowed us to explore a unique range of positions while also intensifying the more familiar positions we already enjoy as part of our repertoire. I was pleasantly surprised by how deeply I felt the vibes, even though the toy wasn’t physically inside of me. Definitely a MUST-HAVE in your toy box. You know what they say — “Variety is the spice of life!”

Brett:
I gotta say, I was a little intimidated when I first held the Tenuto. My wife told me it was similar to a cock ring, and yes, it did restrict blood flow to my penis to give me a longer-lasting, stronger erection. But while describing it as a cock ring is great when explaining the Tenuto to someone who hasn’t used it, this toy is truly in a category by itself. I’ve never really used a toy for solo play, but it enhanced the sensation by stimulating my perineum in a way I’ve never experienced. This toy definitely spiced up our sex life and brought a lot of novelty to our relationship!

Get 20% off your Tenuto in MysteryVibe’s Holiday sale now through December 22nd HERE.

Lily is an editor for SDC.com. She has been in the communications and multimedia fields for more than 8 years.
SHOW MORE ...
2 Comments
AKEVERYDAY
How about doing a video to demonstrate
SHOW MORE ...
SENSUOUSLYSEDUC
I’m going to have to check this one out
SHOW MORE ...
SHOW MORE

RELATED ARTICLES SAME AUTHOR
How are Sex Toys Made?
Dr. Liz Powell
Ever think about how your favorite sex toy was designed and created? Well Dr. Liz Powell is going to let us in on the secret world of sexy toys.
Dr. Liz Powell
Our Secret Weapon for Breaking the Ice & Mind-Blowing Orgasms
Motorbunny
Find out how Tom and Bunny use Motorbunny to meet — and please — new people in the swinging lifestyle
Motorbunny
2 Comments