Did you know that, not too long ago, Cornell University released the results of a study they conducted on bisexuality? The study concluded that no one (I’ll say it again for the people in the back), NO ONE is straight. Okay, okay, okay... argue amongst yourselves and scream at me through the computer, but hear me out.

Body language tells a lot about a person that they aren’t willing to share out loud. When asked about being bisexual, “straight” people’s eyes would glaze over a split second before they looked away from the interviewer and gave a firm NO. Being bisexual, I found this fascinating.

My Experience as a Bi Female

Imagine being around seven years old; female, lanky, awkward, not very popular, and not really knowing WHY you felt different, only that you DID. Imagine hiding in literal closets, with your female dolls and practicing kissing. Imagine playing Barbie and always wanting Ken to be the best friend and another Barbie to be the wife. In the ’80s, this wasn’t accepted. I knew from an early age that I was bisexual before I even knew what the word for it was. And, bisexuality in women is much more common these days, and even accepted and seen as sexy. Now, flip the script and imagine being a male child. Not so easy, huh? Why is that?

Being Married to a Bi Male

About a week after my husband and I got married, we were lying in bed chatting and got really deep with each other. We told each other things that we’d never uttered to another soul and even things we hadn’t even admitted to ourselves yet. A week after I married the man of my dreams, I found out he was bisexual.


If I’m being completely honest about the entire situation, I was scared, nervous, curious, and a little turned on all at once. Thoughts popped into my head about him, possibly no longer wanting to be with me and deciding to be with another man instead. It took a lot of long conversations, a lot of soul searching, and a lot of ACCEPTANCE of each other and of ourselves before we both realized that this is a very good thing.

For a long time, on all the swinger sites, we kept his status as a “straight male” because, even just ten years ago, it still wasn’t as widely accepted as it is today. Eventually, when we worked through all our issues and discovered that we didn’t care what anyone else thought, we changed his status to “bisexual male” and never looked back. That was about seven years ago. We discovered that all of our existing Lifestyle friends didn’t really care about how James identified. We also discovered that there are a LOT of males claiming to be straight that have actually messaged James in secret to come out as bisexual. Their wives don’t even know, and they would “appreciate it very much” if he didn’t say anything because they’re “scared of the outcome.” And I think that’s such a sad situation.

Men, Please Be Your Authentic Selves!

Men, I want to talk to you for a second. If you’re married to a woman and identify as bisexual, tell her. I promise you, if she loves you, nothing will change. You will feel more free inside your relationship to talk openly about everything, not just sex or even sex with other men, but EVERYTHING. 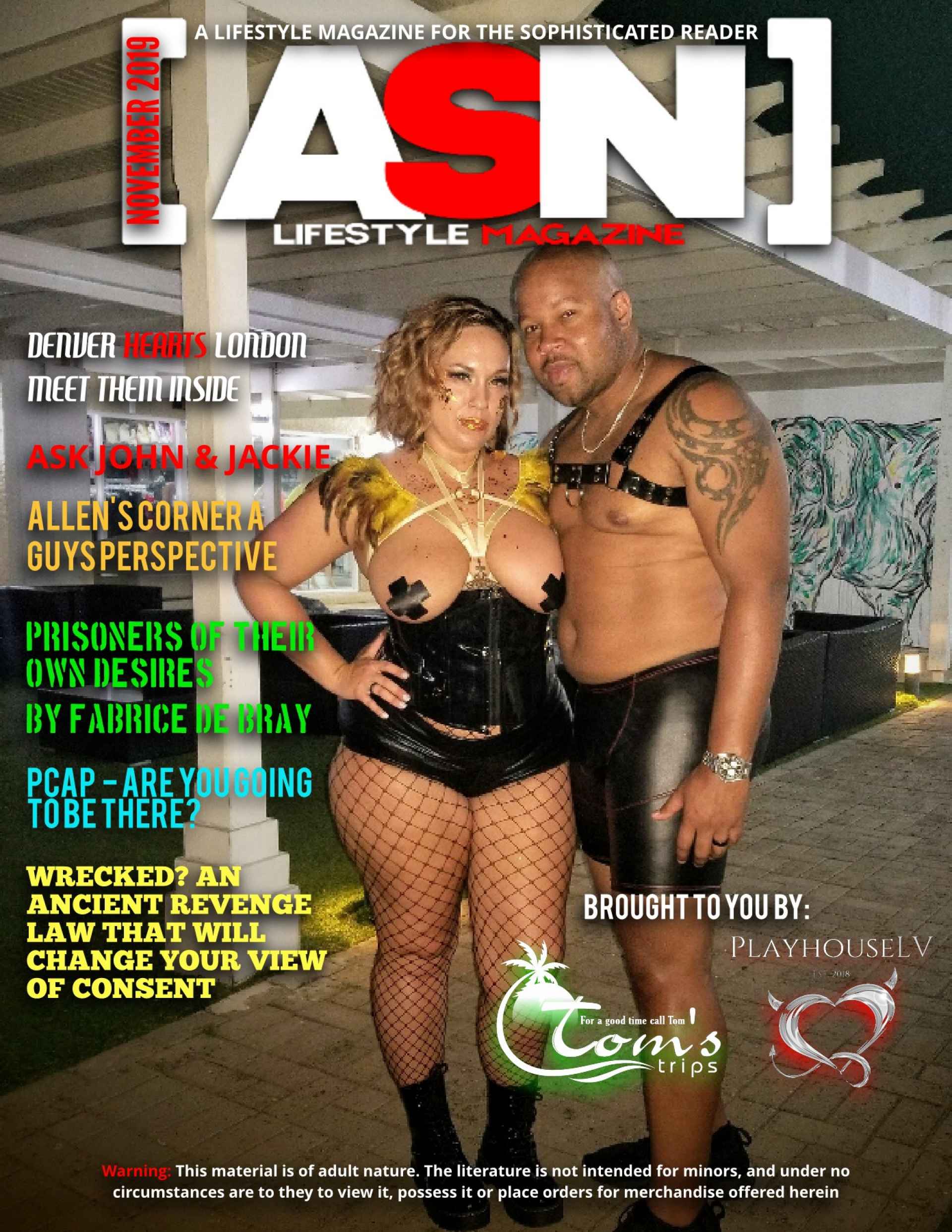 This article originally appeared in the November 2019 issue of ASN Lifestyle Magazine.

When it comes to Lifestyle magazines, look no further than ASN Lifestyle Magazine. We are the natural go to for everything swinging. Get your FREE digital issue today at asnlifestylemagazine.com. After all, it's all about the lifestyle.
SHOW MORE ...
4 Comments
PURSER
Wao ! It is so lucky your man to have found you. I am still searching for a bisexual woman who acepts me as I am without that fear me going for another man. Good blog. Thanks for sharing.
SHOW MORE ...
JUSTTHETIPIP
Totally misleading tittle.....
SHOW MORE ...
LUCKYCPL05
I'm straight, very metro-sexual in terms of open-mindedness and grooming, but, with apologies to Cornell, not even a little attracted to men. My wife is specifically NOT sexually attracted to bi or gay men. Forgive the cliche, but some of her best friends are gay men, but she has no sexual interest in the activities or mindset associated with those preferences. I'm sharing this because some men with proclivities beyond hetero may find that the admission that they are not totally straight could have a deleterious effect on their sexual relationship. This doesn't mean they shouldn't be true to themselves, but the assurance that everything would be okay or improve based on sharing this revelation, may not be entirely true.
SHOW MORE ...
4MARRIEDGUYS
Hi there, so true all this about bi males....I would like to take a chance a moment in my life to write a book about this particular subject. Men being bi...I just don't think i have the skills as a writer, but personally I have millions of experiences and real stories...most of them thanks to SDC that open this lovely crazy world into my life. Elio, RN.
SHOW MORE ...
SHOW MORE