Generational Influence on the Swingers Lifestyle

As we are meeting our sexy guests at events and parties around the globe, we cannot help but wonder how the generational divides potentially influence the future of the swingers lifestyle and lifestyle travel!

Generations experience similar trends at the life stages through similar channels (world happenings, TV, internet, social media, etc.). As such, any particular generation develops and shares similar thought processes, values, and expectations on many things, including those on relationships and sex.

Of course, each of us is unique and where you are from does matter, but from looking at generational similarities in the past, there is a certain predictability. So, when it comes to the swinger’s lifestyle and lifestyle travel, it's perhaps interesting to look at how these generations have impacted the lifestyle throughout the decades and, with available research, make some predictions on what to expect in the years to come. Exciting stuff!

There are currently five determined generations:

In general, the three key trends that shape generations are parenting, technology, and economics.

Those in the swingers lifestyle — or any lifestyle, for that matter — are regular people just with their own take on monogamy and the sensual side of life. As such, what moves these generations with a view, on the whole, is just as much representative for vanilla people as for lifestylers.

Many people don’t realize that the Traditionalists (or Silent Generation) seemingly engaged in non-monogamy during the several wars taking place much earlier. In the face of mortal danger, starting in air force circles, a carpe diem kind of attitude was adopted, and mate-swapping was considered to even be an honorable thing. Back in the day, even with values and morals being much less liberal than today and interestingly so, this was not regarded as scandalous.

The Baby Boomers were the well-known part of the free love (flower power) movement where freer attitudes to sexual activity after the sexual revolution of the 1960s developed and after that the "Swinging ‘70s” where swinging activities became more widespread, also due to better contraceptive methods.

There was another surge in interest and participation in the late 1990s due to the rise of the Internet... hello, and welcome Generation X into the mix. We know this really happened, because this was when the SDC community was born and took off like a rocket!

The largest group on earth right now and much loved. Having been the trendsetters for texting, emails, and social media, this generation is primarily visual, and since those in the lifestyle usually are, we notice a recent uptick in new memberships and a growing portion of later Millennials looking to join SDC and its events around the globe.

The Gen Z generation is truly immersed in a digital-everything world. Practically born with a mobile in hand, and much to the chagrin of their parents, they use it constantly. Gen Zs are overall highly educated, wish to make a difference in the world, and are more diverse than Millennials.

According to research, there is a positive shift toward placing value on experiences, rather than the relentless pursuit of buying possessions. That’s awesome news because, at lifestyle events, it’s all about the experience!

Like any other self-respecting business, SDC has a presence on social media as well. And the influence of that is not to be negated, as social media has a profound influence on making travel purchases in general. It’s interesting to note the difference between the generations and what they value when it comes to the choice to purchase a vacation.

It’s no secret that, with being online for a huge chunk out of each day, the influence of what we look at is not insignificant. For instance, what makes people decide to buy an event is, as a result, also influenced by social media. In fact, 27% of Millennials post potential trips to social media to gather opinions of friends and strangers before booking. 36% of Gen Z chose to book a destination just because they saw postings on social media.

Social media aside, the SDC website plus member tools — like the messenger, group messenger, and special forums/groups and guest lists — is still where it’s at for the majority of lifestylers to find those highly-customized interactions they seek.

As SDC carefully selects its locations and length of the events, we consider that reviews really matter. Younger generations are way more particular when it comes to WiFi availability as well as good reviews. Long weekends are the most preferred lengths of time for a sexy trip for Millennials and Generation X, as well as early Gen Z. Baby Boomers love to book early and travel for a week or longer, which really shows when we look at those requesting extra days before or after our events. 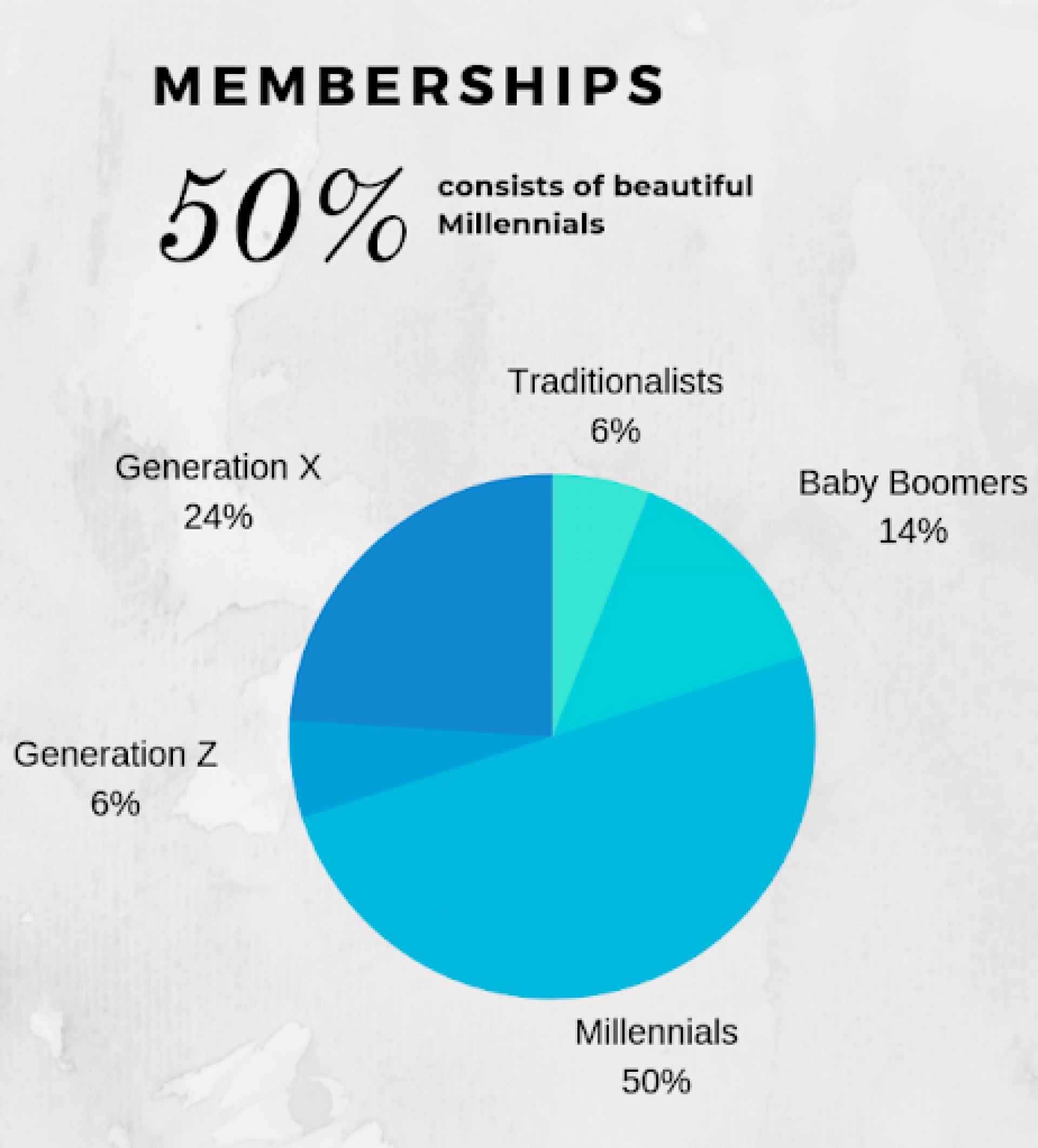 As these generations shape the current make-up and future of the lifestyle, is this all just wishful thinking? Perhaps, but the numbers all around predict that we'll see an uptick sooner rather than later in later Millennials and early Gen Zs entering the lifestyle and partaking in the parties and events worldwide.

While Gen Z will outnumber the Millennials at a certain point, it's safe to say we can look forward to if not expect a growth in the number of younger lifestylers at parties and events around the globe. Now, this information is, of course, “as is,” and may change as the specifics for each generation currently in motion are still be developing.

Amongst a host of other things, SDC actually has a treasure trove of real travel reviews on the site. Unlike many others, we don't mind showing the good, the less good, or the downright ugly, if there are any. Another source of attraction is the development of our SDC Apple and Android Apps, and this will continue to be a focus for SDC for improvements and exciting expansions.

It’s clear that the swinger lifestyle has been around for decades on end and hasn't lost its attraction to the masses. As we continue to advocate, educate, and shape the awareness and views on behalf of the lifestyle and all those in it, our enormous online following is actually a prominent reason as to why the international community of SDC has been going strong and growing for 20 years. SDC.com is and will remain the relevant ‘go-to site’ for connecting and traveling with like-minded sexy people.

And while SDC continues to grow, the team is working tirelessly to please all generational groups and is ready to wow generations to come. SDC Travel complements these efforts by making sure to deliver mind-blowing and custom lifestyle experiences at events with the wishes of each generation on the guest list in mind. 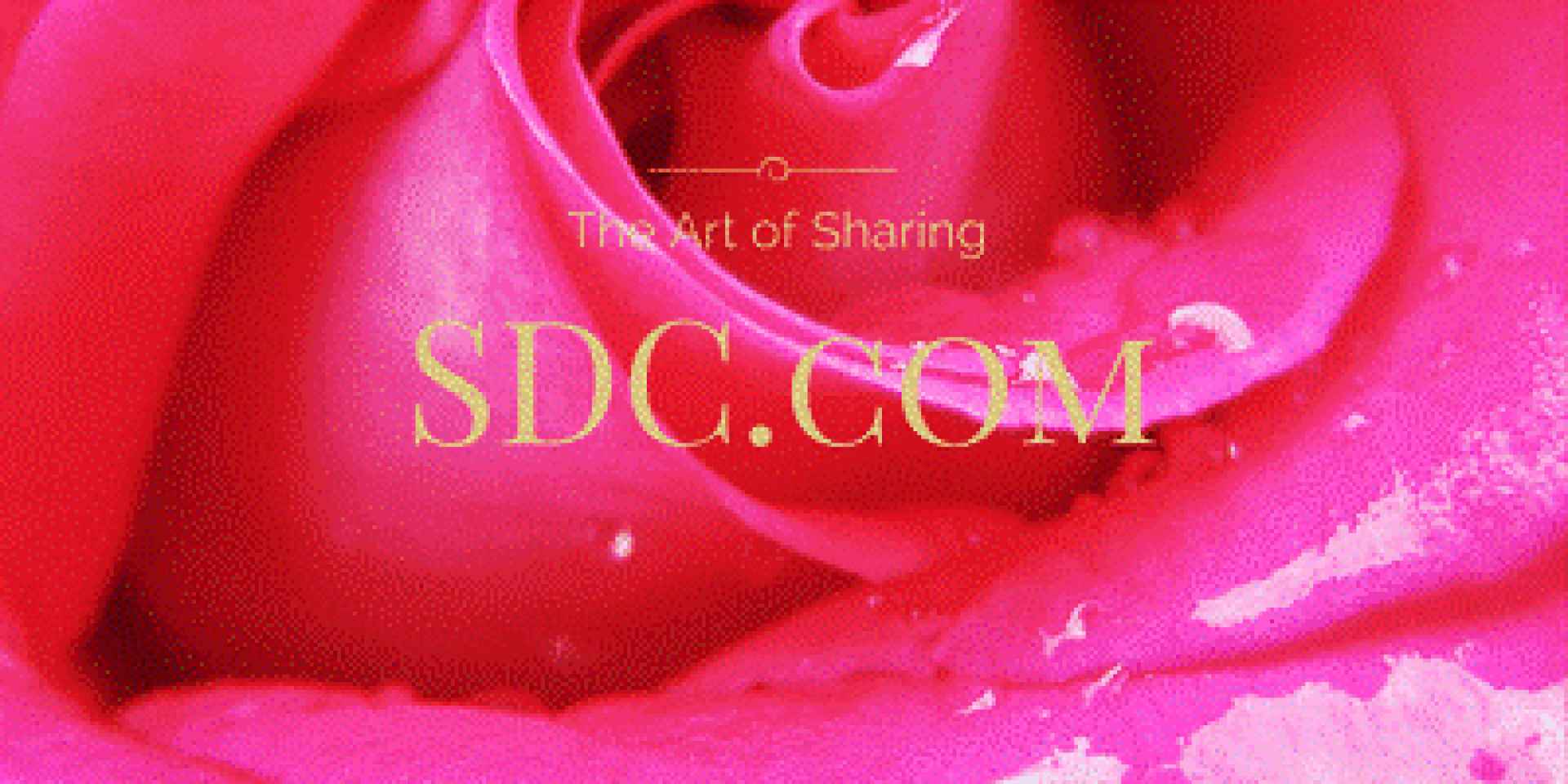 The SDC Travel Department organizes every year and with pleasure many lifestyle events. It's our team's goal to grow and inspire the lifestyle community in the broadest sense by connecting and bringing together as many couples as possible for positive lifestyle experiences. Our team has a wild love for finding beautiful places for our guests from all over the world to enjoy. We are enthusiastic in all our efforts to enable these couples to connect, while putting customer service at the very top of our to-do list. Our events at 5-star resorts and boutique cruise ships are a draw to many like-minded people from all over the world who come together for educational play shops, fun entertainment, food, drink and dancing but most importantly, to cherish old friendships, as well as making new ones. We believe that all of our events should be the perfect go-to for sexy moods and should leave every guest happy, maybe somewhat rebelliously naughty, and with an overall feeling of satisfaction from being deeply cared for each and every time.
SHOW MORE ...
0 Comments
SHOW MORE

RELATED ARTICLES SAME AUTHOR
Tales of the Fox in Vegas
ASN Entertainment, LLC
Foxy walks us through a weekend in her life as a model, ambassador, and sales rep in the alcohol, cannabis, and sex industries.
ASN Entertainment, LLC
The Sexy Awesomeness of Lifestyle Events
SDC Travel
Not all lifestyle events offer the same activities. How do you determine which ones are right for you?
SDC Travel
What Do You Do if a Date is Disappointing?
Maddy V
Even after a careful selection of profile texts and profile photos, the date in "real life" can sometimes be disappointing. How do you deal with that?
Maddy V
SHOW MORE

SDC's Unforgettable Ibiza 2019 Experience
SDC Travel
Couples from over fifty countries made their way to us to celebrate our premiere in Ibiza and, as always, we spared neither expense nor effort to give you the time of your life.
SDC Travel
The 5 Ws of Lifestyle Cruises
SDC Travel
No two cruises are alike, even if they are on the same ship! Use these five factors to choose the right experience for you.
SDC Travel
In the Mood for a Sexy Cruise?
SDC Travel
Here's what you need to know!
SDC Travel
1